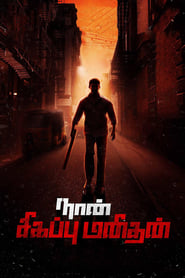 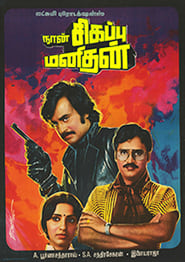 Poetical forces play in the life of an unemployed yet well educated young man.He finds the depth and the beauty of his principles yet fate leaves him in destitution

Poetical forces play in the life of an unemployed yet well educated young man.He finds the depth and the beauty of his principles yet fate leaves him in destitution

A lot of people thought this movie was highly exaggerated, but I think it was a pretty accurate reflection of what idealistic young men go through in India. Kamal is in his element, as is Sridevi. In fact, everyone does a good job. Plenty of melodrama and cliches, but the movie ends on the right note. Thengai Sreenivasan appears for a few incredibly funny minutes, proving that there are no small roles -- only small actors. MSV and Kannadasan, not to mention Bharathiyar, make for an everlasting classic soundtrack. Worth a watch.

Best Tamil Movie I have ever seen

KB, the director of this flick has delved deep into the problem of unemployment in the 80's period of India. The license restrictions made unemployment further higher in the country and this story deals with a well-educated youth who is extensively ideal and does not lose his morality for mere survival. What follows is his actions in life making him fight his own father and come out of his house as an independent unemployed youth fighting in order to find a job. This movie also shows two other people who are the protagonist's room-mates and the film ends with the beautiful character portrayals and twist and turns. The film shows that morality is very relative in this world and the order of the day is survival through any-means. Among the protagonist's friends,one of them marries a rich widow and gets settled while the other becomes a mad-beggar roaming in the streets. The film's heroine is shown as a woman who is also a heavy victim of fate with a drunken father and a mad and rich boss who tries hard to marry her but she is in between the boss and her lover finally managing to marry her lover. Another beautiful character is the dumb painter on the roads trying to make a living through his paintings. What is clearly shown in the film is that the unemployed youth are well-educated and active young people and are not lazy people. Maslow's hierarchy of needs is exemplified through this film. Kudos to the director and the hero Kamal Haasan for this film.

A period classic that stands the test of time

This would be one of the finest works of director K Balachander. It is likely that many of us would have watched the movie at the time of its release; yet, it is worth watching this again. Anyone reading this review about the movie is likely to know the story well enough, so, I will avoid dwelling on that. Suffice to say that it is a well narrated tale of how a man's principles are severely tested by poverty and it is a question of will power over adversity - will the protagonist stand up for his beliefs against all odds?

This movie had a strong social relevance back in the 80s and you can relate to the story even today, four decades later.

Direction is top notch. Acting by Kamal, Dileep, Sridevi, Poornam, SVe, OVK Rao, as well as the support cast, is excellent. The art of linear story telling is traditional, and yet, it works wonderfully well for the movie...a couple of flashbacks give sufficient backdrop to justify the protagonist's character.

The romance between the lead pair is refreshingly different and subdued. Of course, Bharathiyar's songs and philosophy are beautifully woven into the screenplay.

For an 80s movie, the melodrama is not over the top. However, Pratap Pothen's character is slightly jarring. The film could have avoided the 'Ranga Rangaiya' song completely.

Overall, this is one timeless classic which can be watched and appreciated even today.