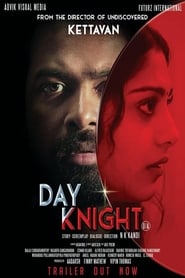 Optimus Prime finds his dead home planet, Cybertron, in which he comes to find he was responsible for its destruction. He finds a way to bring Cybertron back to life, but in order to do so, Optimus needs to find an artifact that is on Earth.

Optimus Prime finds his dead home planet, Cybertron, in which he comes to find he was responsible for its destruction. He finds a way to bring Cybertron back to life, but in order to do so, Optimus needs to find an artifact that is on Earth.

The best part of this movie is the action, the story was very lack luster. I think it had potential with a good cast including Anthony Hopkins, but the writting always falls short in these movies. You can watch it over and over for the action, you just might scratch your head at certain spots.

This movie is like a big story put up in one paragraph with no punctuation marks whatsoever. Usually Transformers builds up a simple story that explodes into one big final battle, filled with special effects and epic fights between autobots and decepticons; pretty entertaining to watch, especially if you're into big explosions- action-robots-movies and usually it works. "The last knight" is different from the beginning, it introduces way more story lines than it should, it tries to make a suspenseful plot with so many resources it just drags into a story that's full of holes and patches that it seems you're watching a lot of trailers from different movies with no connection between each other.

The movie forces a lot of secondary roles (between the old and new characters) that it becomes boring and confusing at the same time. The main story becomes clear in the last quarter of the movie, just in time for the final battleby this point you're in fully overdrive mode trying to catch up with everything that's happened that it's barely enjoyable.

Personally I think that the worst part is the lack of continuity, they jump from one scene to another in less than 30 seconds. This "dynamicity" makes it impossible to follow the main plot or even one story line. There are so many details and jumps between stories that it exhausting trying to connect the dots. I don't recommend it at all, not worth the money or time. Maybe if you're really curious or a big fan into the saga you may find it entertaining at some point, my only suggestion: lower your expectations, cause this is, by far, the worst Transformers movie.

The movie cuts and jumps so much and so quickly (Some scenes are literally less than 20 seconds long... in succession...) that by the end of the first half you'll feel dizzy from trying to follow.

It takes everything from the other movies... and spits them out in raw, bloody bits which make no sense and flow like chunky soured milk.

If Michael Bay has gotten tired of the franchise.... it finally shows. The last 45 minutes of battle were so bad... it didn't even redeem the movie.

Trust me... don't bother going to see it in the theater, it's a waste of your time.

"Transformers: The Last Knight" Is Worse Than "Age Of Extinction!"

"Transformers: The Last Knight," the dreaded fifth movie in the Transformers series is supposedly the last to be directed by Michael Bay and the last to star Mark Wahlberg. Wahlberg plays his character Cade from the previous one. The "attempt" at a plot for this movie goes something like this: Cade comes into possession of an ancient Transformers artifact called the Talisman and he is the "chosen one" to carry out a "quest" for the transformers, while this chick named Vivian has to acquire Merlin's "staff" because for some reason she is the "only one who can wield it" and Optimus Prime heads to Cybertron to find out "where he and the transformers came from and what they're doing on earth." THAT'S this movie's plot. Lol this movie thinks it has a plot. This movie is completely incapable of telling a cohesive story. There is no beginning, middle, or end. It throws plot threads at you and expects you to roll with them. The most illogical plot devices occur in this movie. NOTHING makes any sense. It is so convoluted that the movie thinks the audience are idiots. How many times was I reminded of what the plot was throughout the entirety of this atrocity? I counted at least 32. Nothing of importance happens. Nothing is interesting, nothing is entertaining. The characters are so thinly written and poorly developed I didn't care who lived and who died. At this point in the series, I DON'T CARE ABOUT THE DAMN HUMANS! Just give us a movie about Transformers, not about humans. None of them are likable AT ALL. Everything involving the military, the government, Anthony Hopkins, it's all pointless! The movie spends so much time and energy on all the stuff everyone complains about with these movies that none of it comes across as not appealing, but rather annoying. It's an insult to our intelligence. The action scenes are the same lazy action scenes the other four Transformers movies feature. It's stuff that appeals only to teenagers who do not know how a movie is crafted. Teenagers like action and explosions and no talking, story, characters, or emotion. This movie appeals to those teenagers. There I said it again. Watching stuff just blow up and blow up and blow up and blow up and blow up and blow up continuously for two and half hours is extremely boring, especially since it's the only thing that has happened for five Transformers movies in a row. There is no entertainment value to be had just watching stuff blow up for a bloated and overlong runtime. And yes, the runtime is too long, YET AGAIN. Luckily, it is shorter than the fourth one which was a very drab and dreary two hours and forty-five minutes. This is about fifteen minutes shorter, but it easily could have been an hour shorter. Nothing content wise justifies the runtime of this monstrosity. It's still overstuffed, overlong, dreary, boring, and exhausting, just like the previous three. I'll give the first one a pass since I actually enjoy the first one. This has all the Bay-isms in it. The typical stereotypes, the typical humor, and the typical dialogue, all of which is stupid, offensive, and insulting. S many characters are made fun of in this movie for being different or having different accents you thoroughly understand why NOBDOY LIKES MICHAEL BAY. He is racist, sexist, and doesn't care about the audience. He cares only about himself and no one else. It shows. The two girls in this movie, in typical Michael Bay fashion, are all hotted out. The young girl is like 14. In what world is this right? Her tits just hang out the entire movie. The other chick just looks like a porn star. That's what this series has come down to folks, strippers and porn stars! Optimus Prime is literally in the movie for ten minutes to just say his name three times so that we don't forget about him and who he is and completely forget that this movie gives him the most sudden shift in character motivation I have ever seen, more sudden than Batman in Batman V Superman. If you came to see him wreck house, he is a total waste in this movie. Quite frankly, none of the Transformers really don anything in this movie. They all just kind of hang out and chill and insult each other with stereotypes. This is one of the worst of the year. I felt like I lost IQ points watching this movie. It is a loud, dumb, idiotic, incoherent, chaotic, soulless mess that appeals only to teenagers who like nothing but action and explosions and die hard fans of the series. It is worse than Age of Extinction. I'm just gonna give "Transformers: The Last Knight" an F-. Yes that is now officially a grade.