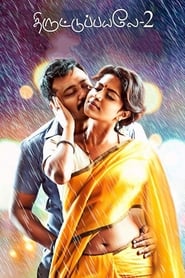 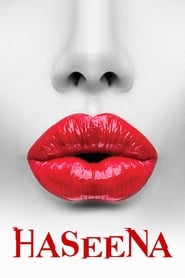 A police inspector investigates a guy who traps innocent women on Facebook.

A police inspector investigates a guy who traps innocent women on Facebook.

A very promising story line with contemporary subjects, high tech etc..eventually falling too short in Storytelling, scream play, character development. Climax scenes are far too average and it was like watching TV Serial. A complete opposite of Vikram-Veda. Music and Songs nothing to add to the story. Prasanna seems to be playing negative characters but must insist stronger roles. Just showing abs and 6 packs alone cannot make the movie good. Hi-Tech Sci-Fi movies might touch audience in Western countries, whereas in India with so much loopholes, it will be very difficult to make it interesting

This movie is dedicated to all new generation people which cause social media effects,d directed by susi ganeshan.Bobby Simha acting amazing and Villain role is awesome.Such a nice movie with deep impacts and meanings.Nice movie....

Story is based on cyber crime. Two cyber experts fighting cyber war over a beautiful woman. Though plot is interesting presentation is poor and unnecessary stretching long way loosing impact of the motto. I didn't see first part but waiting for three as a clue at the end of the movie. It's just one time watchable. Hero did just okay acting whereas villion did good job. Mentionable thing is eye catching beauty of gorgeous Amal Paul. She looks fascinating even in simple household look. Four of five stars only for her.

A Smart Movie That Falters When It Tries To Be Smarter

I haven't had a good relationship when it comes to Susi Ganeshan's movies. His debut flick, Five Star was an interesting yet somber look into college romances. His second film, Virumbugiraen was somewhat of a typical small-town love story which while entertaining, didn't offer much and refused to delve deeper. His third film, Thiruttu Payale was an impressive tale that however lacked finesse. His superhero film, Kandhasamy is one of the worst films that I've ever seen, and I've seen Movie 43.

Thiruttu Payale 2 is more of a spiritual sequel and uses a compelling storyline and a good-enough screenplay. The film is already a smart one. It makes you question yourself and others around you. Questions like "do we all have several faces?" or "are we trash-talking our near and dear behind their backs?" or even "how does Prasanna continue to be neglected as a good actor?"

Thiruttu Payale 2 has a number of characters, all willing to forego morals to dig deeper into the lives of others. Bobby Simha and Prasanna steal the show but you somehow feel that there could have been more pretext when it comes to shaping these characters. Songs in a thriller like this hamper the film's pace. Amala Paul's character and her performance - both needed some more work.

This is a good film. But, in its attempt to be better, Susi Ganeshan brings in incoherence all packaged in flashbacks that feel rushed. Watch the film if you get a chance. You may or may not like it, but you won't be bored.