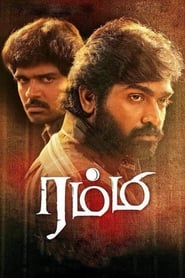 An assorted group of students join a Government College. Sakthi (Inigo Prabhakaran) and Joseph (Vijay Sethupathy) become class mates and roommates in the hostel. Meenakshi (Gayathrie) join them in the college as well. A romance develops between Sakthi and Meenakshi. Meanwhile, Joseph also have a love girl (Aishwarya). Things take a turn when parents of the girls get to know about their romance. Written by Siva

An assorted group of students join a Government College. Sakthi (Inigo Prabhakaran) and Joseph (Vijay Sethupathy) become class mates and roommates in the hostel. Meenakshi (Gayathrie) join them in the college as well. A romance develops between Sakthi and Meenakshi. Meanwhile, Joseph also have a love girl (Aishwarya). Things take a turn when parents of the girls get to know about their romance. Written by Siva

This Rummy lacks a "trump card"

When a couple of youths fall in love with girls from orthodox families thing turn for the worse and plays mishap with their lives in the worst possible manner.

"Rummy" sounds like the name of a modern day thriller-drama but what we have in our hands is a love story set in a 1980s village. The storyline has been chewed like a used tobacco, countless times and hence the biggest surprise in the movie is that there are still takers for this Paleolithic story filled with sickles, blood and of course, love.

The story leads to a lazy screenplay which in turn is filled with weak characters, (including Vijay Sethupathy) numerous plot holes and a very average acting that lends nothing but trouble to the audience. Many, including me, went in for Vijay Sethupathy but believe me, this is one Vijay Sethupathy movie that you should miss.

Till the end, the question has been left unanswered: Why is the movie titled "Rummy"??? May be the director was looking for a trump card which he never found but instead found a "joker" through the audience.

Songs play havoc to the already slow moving screenplay.This is not the water-tight Vijay Sethupathy that we expected. But instead a movie in which he was cast just to add publicity and bring in an otherwise hesitant audience.

Bottom line: Gambling (in the name of "Rummy") is injurious to your time and money.

Rummy (2014) Review: The latest man next door sensation star in Tamil Vijay Sethupathi after his continuous success comes with this village based vintage story. Will this film get him success or will it become a silent hit we have wait for the first week box office reports. Till then my take on this flick below, Nothing new in this movie it's a pretty predictable plot. The story is a perfect mix of Yesteryears success movies like Subramaniyapuram, Nadodigal, Sundarapandian. Main stream gist: Two love stories of two close friends streaming in parallel where, the end of one love facilitates and gives confidence to the other. On the casting side the movie as in posters is portrayed as a major Vijay Sethupathi starrer but the fact is Vijay Sethupathi and his love interest Ishwarya Rajesh have less screen space compared to Gayathri and Inigo prabakaran love line. Inigo had a greater screen space and he has utilized it well. Gayathri the "PPPaa" girl of Naduvula koncham fame comes as a rural girl of 80's lifted her character well. Parotta Suri comedy was not so good as his previous ventures.

Technically the screen play was pretty engaging and music by D.Imman was soothing. All the three main stream songs were like some where heard tunes but it will be in good melodies of this Mynaa music man. BGM was superb. On the whole it will not disappoint you. Definitely a once watch kind of movie. NB: The story has nothing to do with the Rummy card game may be the love was at stake that's why the title card had the game name. -Reviewed by Sivakumar Balachandran ([email protected])

A Gem of a film ,Unfortunately under rated

It is a very good film . Very nicely shot , Edited and Directed .I just don't understand why it did not make it big in the Box office. The story has been told in a very natural way. All the actors have done wonderfully in their respective roles. Awesome camera work by the Cameraman. In my opinion , Tamilnadu has missed a real good film. It is such a bad luck, I wish the Director gets another chance to prove his mettle to the people of Tamilnadu who have let him down for unknown reasons. Please watch it .You will not be disappointed.

It has been a very long time that I have seen a Tamil movie made with so much conviction and Hard work. After a very long time , 'Willing suspension of disbelief' did really work for me when I watched this film. I was transported in to the 80's within few minutes and I stay glued till it was over. Come on people. Please look deep inside . You will know ,What I am talking about.My salute to the cast and Crew.Good luck people.