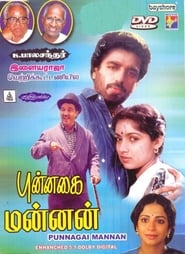 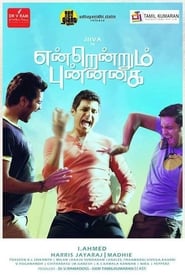 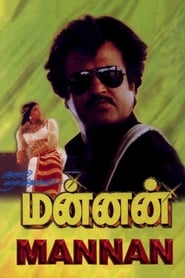 After a failed suicide attempt that ultimately leaves his lover dead, a dancer changes his life.

After a failed suicide attempt that ultimately leaves his lover dead, a dancer changes his life.

One of the best of Kamal and KB

This movie is definitely one of the best movies made in Tamil. You can give anything for Kamal's performance as Sedhu and Ilayaraja's music. The story is beautifully told with some hilarious and touching side tracks as well - that of Chaplin Chellapa (Kamal again) and Sri Vidhya. Revathi proves her skill with her dancing and acting. The movie is a delight to watch an is not just another romantic flick.The romance on screen is poetry brought to screen..........

The songs are mesmerizing and each frame a treat to the eyes. The dance sequence of Kamal and Revathi just before the wonderful scene in which Kamal tells Revathi of his love are top-notch !! There may be different views on the ending. But I felt it was just very different and gave a touch of poignancy to the whole movie. Lastly, I'll bet anything that you simply cannot resist falling in love with Kamal after watching this movie. I did !!!

Light-hearts do not watch the climax

The crew of the movie itself a great one to list down. K.B, Kamal Hassan, Sri Vidya, Revathy, Delhi Ganesh. Again, K.B proved he is a good screenplay writer than a director. I would call the movie to be a hit because of its screeplay. Second comes the performance of the actors.

Yet again, this film is a major hit in music. I would call this movie released in the golden period of Tamil cinema, where what ever Ilayaraja composed came out to be a music, rhythm what ever you call it as.

The plot is all about Sedhu (Kamal Hassan) and his couple of love stories. One with Rekha who is dead in a suicide attempt with Sedhu (ofcourse Sedhu escapes in a tragic way. You people should watch this scene. OMG... its out standing performance... Kamal Hassan brings out the real expression when his beloved is dead infront of him.. and he cant even die...). Then comes the love of Revathy. She is real cute and acted well.

And another character named Chaplin Chellappaa (played by Kamal again) is also good and comic. The scenes where he tries to make kids laugh are so nice. Simple and neat performance by Sri vidya.

Overall, the film is so enjoyable till the climax. Watch the unexpected climax. I would have given only 6.5/10 if the climax is 'subam'

A tragic but a close-to-heart love story.

Punnagai mannan is an unimmitable love story, written and directed by K. Balachander, one of the greatest directors in Indian cinema. This story begins with the suicidal attempt of Sethu and Ranjani, in which Sethu is 'unfortunately' not dead. After a year in prison for the offense of attempting suicide, Sethu comes back and tries to lead a new life, but still in the memories of Ranjani. Meanwhile he meets Revathy, and saves her from attempting suicide and explains the stupidity of committing suicide as an experienced customer. This makes Revathy to fall in love with Sethu. The movie then moves on as a template love story except for the humor provided by Chaplin Chellappa. Chellapa is Sethu's uncle, also played by Kamal haasan. The movie then ends with a tragic note, unlike all the feel-good love stories of classic tamil cinema. The film has got exceptional music and background score by Maestro Illayaraja. The music for which kamal and revathy provide an outstanding dance performance was played by academy award winner, A.R.Rahman, when he was a keyboardist in Illayaraja's troop. This musical piece, though was not Rahman's own composition, was the first to be a part in a movie, originating from A.R.R's keyboard. This movie is backed by K.Balachander's excellent screenplay, and outstanding performances by all the people who've actually lived rather than acted in the movie. The movie also won Kamal haasan's third national award and proved the excellence of the living legend, yet again. This movie is surely a milestone in history of romance in tamil cinema.

All the dance sequences.

And obviously, the unforgettable climax....!!

Punnagai Mannan is one of the movies we don't have now. We don't have anymore good movies! When 2 cinema geniuses come together the ticket booth is known on fire! Punnagai Mannan is the story of how a man has a second life (Kamal). When Kamals first girlfriend and him attempt suicide (because of their parents not accepting their marriage) Kamals girlfriend (Rekha) dies and Kamal escapes but no on purpose. Kamal goes to jail because of Rekhas father. After 1 year he comes out of prison and starts a new life. He starts a dance class and meets Revathy (a student in his class). Meanwhile all this we will meet Chaplin Chellapah (also Kamal). A fun old man who has dedicated his life for children. Trust me you will love this character. Illayaraja's songs are wonderful. My favourites are Maamavuku Kuduma Kuduma and Singalathu Chinnakuyile. In the end there is something to be sad about. K.Balachandar is just fabulous. You better watch these good movies before all the bad ones come! Songs By Maestro Illayaraja Enna Satham/SP. Balasubramaniam Ethetho Ennam/KS.Chitra Kavidhai Kelungal/Vani Jairam Maamavuku Kuduma Kuduma/Malaysia Vasudevan Singalathu Chinnakuyile/SP.Balasubramaniam, KS.Chitra Kalakalamaha/SP.Balasubramaniam, KS.Chitra Vaan Megam/KS.Chitra Instrumental