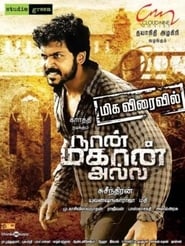 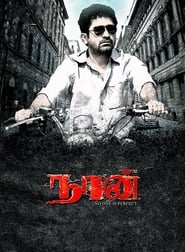 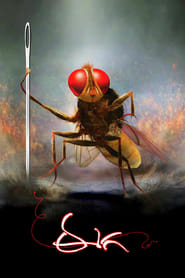 A carefree young man must prepare himself for a serious transformation after his father becomes the target of a gang of ultra-violent killers.

A carefree young man must prepare himself for a serious transformation after his father becomes the target of a gang of ultra-violent killers.

see it to believe it

a good movie about contemporary happenings in chennai. harsh reality on how dangerous city life can be with the kind of law enforcement in our metropolitan cities. shows how life can turn upside down when people take the law in their hands.the kind of havoc unknown people can cause in life for unknown reasons. the protagonist lives up to the title of the movie depicting the helplessness of finding the truth and ending up in the wrong side of the law though it appears justified. no eye-candy romance, no gravity defying stunts,no distracting comedy sidekicks the director delivers what he wants to say and boy is he spot on.refreshing change in Tamil films.hope people sit up and notice this genuine effort by the director and his team.

Karthi takes off where he left over in Payya with the boy-next-door role and glides with ease.. He plays a revenge-monger whose family has been affected by a gang of youth serial killers..

The first half and second half of the movie feel as if belonging 2 completely different tales. Music by Yuvan serves to sustain the tempo interspersed by sugary melodies, only he can deliver. Kajal plays the usual doe-eye heroine, but except for providing eye-candy does little else. Jayaprakash is great as the warm father of Karthi targeted by the killers..

Overall a good movie, but not one for the family as there are couple of gruesome scenes. Karthi scores again and to an extent Suseendran....

A very realistic action-thriller that packs a punch.

Naan Mahaan Alla is the kind of movie that relies more on its raw and realistic treatment than the story to entertain the viewers. It's one of the most grounded action movies presented by the Tamil cinema, and I'm glad I saw it. It offers an interesting insights into middle-class family lifestyle and the criminal mindsets of the youth. Director Suseenthiran has treated a fairly simple story like a complex one and that's why it works.

The film does get disturbing a number of times due to its gritty tone, and thus it's hard to recommend it for kids although there's nothing too explicit. This film features some of the finest performances coming from almost every actor, including Karthi and the actors who played the villain gang. Music by Yuvan is impressive, and so is the cinematography by R. Madhi, especially during the final fight sequence.

NMA has a lot to offer, but given how slow the plot is, the real story takes a lot of time to start and it basically just feels like a buildup for the absolutely action-packed third act filled with fights and chase sequences. Of course, there are a number of good things to appreciate here but in the end, it's the realistic action and intense performances one will remember this film for.

If you're looking for a good dose of action, drama and suspense, check out NMA soon. It's a power-packed action thriller with a realistic treatment, powerful performances and lots of raw action. Not for the faint heart, though.

Most of the directors whose debut movie is a hit try to take a conservative path by repeating the genre of their first movie in their second one also. This invariably ends up as a disaster while those who endeavor on an altogether different path would succeed more likely than not. Suseenthiran has taken the second path & the result is all for us to see " Naan Mahan Alla" . After a lackluster "Paiyya" this one has come as a refresher for Karthi.

All accolades for Suseendiran for he has improved leaps & bounds as far as story telling & effective use of visuals are concerned. Its been long since one has seen action sequences presented in such an aesthetic manner as in this movie. Director has succeeded in creating as much impact by not showing gore or violence explicitly which only substantiate the growth of him as a director. Movie is realistic and disturbing yet artistic which is a very difficult combo to accrue .

On the downside , Suseenthiran may well have avoided certain scenes & sequences which reminds one of "Pollathavan" & kudos that he has resisted the inclusion of meaningless duets & song sequences and also irritating comedy sequences.

He is amply supported by his troop headed by Mathi , the cinematographer . He has executed the vision of the director as visuals which is a sheer poetry on screen.

Karthi is improving with each one of his movies & his choice of movies are amazing for a newcomer. But still he shows some amounts of "Paruthiveeran " hangover in him especially in the action sequences & sentimental scenes.

Kajal Agarwal is just ornamental while Jayaprakash has improved a great deal in his histrionics. All those 5 youngsters in the anti roles are amazing in their enactment . In fact almost all the supporting cast are remarkable .

"Iragai Pole" in Yuvan Shankar Raja's Music & voice is a blissful number while his BGM is awesome as ever.