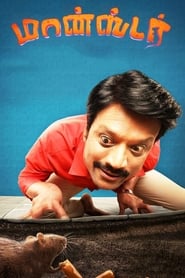 When Lt. Artemis and her loyal soldiers are transported to a new world, they engage in a desperate battle for survival against enormous enemies with incredible powers. Feature film based on the video game by Capcom.

When Lt. Artemis and her loyal soldiers are transported to a new world, they engage in a desperate battle for survival against enormous enemies with incredible powers. Feature film based on the video game by Capcom.

Milla Jovovich as Artemis
Tony Jaa as Hunter
Ron Perlman as The Admiral
T.I. as Lincoln
Diego Boneta as Marshall

No plot but super cool monsters and tons of action

Aside from the outstanding visuals, effects and landscapes, the awesome cast was wasted on an infantile convoluted screenplay riddled with plot and technical issues. There's hardly any coherent continuity in the writing, and the ridiculous long dragged out and unnecessary scenes made the 103 minute runtime feel over 3 hours long. I don't mind mindless entertainment, but when I feel a 5th grader could've come up with a better balanced script, the entertainment becomes annoying.

Writer, producer and director of the Resident Evil franchise Paul W. S. Anderson, also cast his wife Milla Jovovich, as well as Tony Jaa and Ron Perlman. As a seasoned filmmaker, his directing was horrible. The fighting action scenes had the worst and amateurish choreography I've seen in a long time. I feel bad for Tony Jaa to have this nonsense on his resume. Many scenes could've been cut down and/or omitted so the runtime be no more than 85-90 mins, as that's all this story - if you can even call it that, would be able to fill.

Anderson's writing was horrid, as mentioned above, and my heading "When you're on a bad acid trip at 8, but need to hand in your screenplay at 9" is the most realistic for this meme. I'm a fan of the Resident Evil franchise, but I'm not sure how anyone who read Anderson's script could've said "this is awesome, let's start filming!". It's a shame because I know this had a big budget, and unfortunately it would've been better served donated to some cause instead of this garbage. It's a very generous 5/10 from me, all going to the visuals and the cast, who I feel sorry for. If you want to have any enjoyment with this one, throw on your favorite up-beat album on the stereo, and play this film muted as its music video.

When you're on a bad acid trip at 8, but need to hand in your screenplay at 9.

Watching this movie it was obvious from the start its a poor game to movie adaption, but it's at least entertaining, until there is a fighting scene. Within a very few seconds of the first fighting scene I knew this movie had the same director as the last resident evil movie, just because it's so many cuts, there are not even a second long continuous sequence in a fighting scene, annoying as hell to watch and I can't for my life fighter out how anyone can sponsor this director for an action movie, it's always the same...

The director of a million scene cuts

I'd rather a video game movie blow through the storyline and get to the action instead of trying to explain every detail and every character. Some things only make sense in a video game. This gave me the goods. Intense monster battles, hand to hand combat, explosions and even a cat pirate! Plus Mila Jovovich, Tony Jaa & Ron Pearlman. Give me the sequel!

But I found this far more entertaining than Wonder Women 1984. Non-stop action and there are some surprisingly funny moments in the film too. Certainly recommend it!