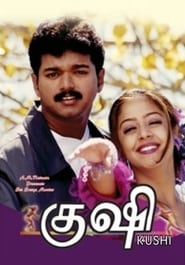 College friends Jenny and Shiva part ways due to a misunderstanding. Although they are in love and realize they cannot live without each other, their egos prevent them from uniting.

College friends Jenny and Shiva part ways due to a misunderstanding. Although they are in love and realize they cannot live without each other, their egos prevent them from uniting.

They've got to communicate and not "waist" their time

What a funny movie, the acting was good and i loved her ears and waist of course. cause its a indian movie the waist was the main topic wink wink.

Good meaning with a happy ending. go watch . it different from the average hindi movie they didn't show much of the other 2 lovers well it did entertain for 3 hrs subtitles helps bye bey

One of the best Rom-Com in Indian Cinema !!

This is definitely be one of my most favorite Rom-Com that I've ever seen till date. The way the story is narrated simply makes the movie one of its kind. This is the second movie for the Director S.J.Suryah and he shows such brilliance in the way he moves the story ahead. It is apparent that the Director's ample knowledge of music has really helped a lot in extracting the best out of the music director Deva. If you compare the music of this movie with any of his earlier works, this would surely stand apart from his album. In fact one would be even surprised to know that Deva scored music for this movie. Even after a long time after watching the movie, its theme music will reverberate in your ears.

The screenplay of this movie is the biggest highlight of this movie. The way the plot moves forward and how the knots are tied and how its finally untied in the climax is what makes this so interesting. This movie is full of such intense emotions which have beautifully brought out by the well written dialogues.

This is also the movie where Vijay and Jyothika have given their best performances in their career. This is also one of the biggest hits of Jyothika in her career and also her debut movie in Tamil. It also made the audience decide that she must stay here for long.

If you are a Tamil cinema fan and you love the Rom-Com genre, then this is a movie that you must never miss.

Kushi is a 2000 Tamil romantic comedy film directed by S. J. Surya and produced by A. M. Rathnam. The film featured Vijay and Jyothika in the leading roles, while Mumtaj, Vivek and Vijayakumar play other supporting roles. Its a good film to see.. Good acting by Vijay and Joe. Direction is done by s j Suryah. Very sensible film. Actually i saw the film in television and it could be seen many times. Vijay is matured nowadays. The story begins when Jenny (Jyothika) and Shiva (Vijay) are born in different states of India they meet as babies, when their parents left they were pulled apart. They are in their childhood and both want to represent their home town in a camp they are next to each other but don't speak or see each other. Ten years later, Jenny wants to pursue higher studies but her father wants her to get married. At first she gets angry at him but decides to marry according to her father's wishes. On the night of the wedding her groom elopes with his lover. Seeing Jenny depressed and disappointed, her father lets her study further. Shiva lives in a big city and is accepted to a college in Canada.

Now I realise how bad it is watching it in 2020