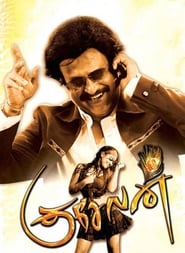 Kuselan revolves around the tale of a beautiful friendship between a popular actor and a poor barber. Written by Anonymous

Kuselan revolves around the tale of a beautiful friendship between a popular actor and a poor barber. Written by Anonymous

Even before release, kuselan made big hype in Indian cinema industry. It's audio sales broke all previous records. We all know the reason for all these hypes, that is the SUPERSTAR RAJINI.

I saw the movie in the second day of its release in bangalore. The movie does not fail to meet the hype it had created. We have seen Rajini as a superhero who will destroy all the devils and save the world. But this is completely the another side of this great actor. He appears in the screen only in the 40th minute and his total role will be only for half an hour including 2 songs.

It is nice to see Rajini as himself in the screen (only the name is changed to Ashokkumar). Most of the scenes depict his real life. He is not doing any strles, not giving any punch dialogues, fighting with the gudas, but still attracts everyone. In the climax school function speech, he made everyone cry. You can notice that when everyone comes out of the theater. It has been long back Rajini made us to cry, the last time i think it is in Mannan ("Amma endru azhaikkadha" song).

Other than Rajini, the movie has lot of weaknesses. Meena is not acceptable as a poor barber's wife (her lipstick, makeup, her sarees will tell you why). Vadivelu's comedy is irritating most of the time. Nayanthara comes only for that glamour song (most audience went out for smoking). Pasupathy has done a decent job, but still he should have done little better.

Inspite of all these weaknesses, a single mega factor compensates all. That is RAJINI.

If you are a die-hard Rajini fan, don't expect a lot from him (dance, fight and punch dialogues). It is not a Rajini film, a film which tells the greatness of friendship. My rating will be 7/10.

Its a shame for Rajini Kanth & Kavithalaya by P.Vasu

I never ever seen such a worse movie in my life time. Such a movie done by a great superstar Rajini is unimaginable, & intolerable. Instead P.Vasu might have spit on the face of Rajini. P.Vasu achieve his best to spoil the original story line and tried his level best to spoil the career of Rajini (His building is very strong, with single bomb it can not be spoiled) and achieved the same in a certain level. Worst screen play, Worst Camera, worst technology, worst exposure of Nayanthara (similar to Shakila), worst... worst....worst.... Pasupathi did his role, but it is not reaching the heart due to the worst screen play.... Vadivelu helps to kill the time.... without him even deadly Rajini fans cannot tolerate the movie. Climax speech by Rajini satisfies the fans to a level. If the climax speech fails to impress, P.Vasu life might be under threat (by Rajini fans).... If there is a chance Sreenivasan(original story writer) will spit on the face of P.Vasu for spoiling the great story of all time into a great garbage of all time. It is definite slipping stone and great black mark in Rajini's career. Let us expect that Rajini will never do this mistake again.... No need for apologies, after all its just a movie....

To whose benefit this movie called KUSELAN?

However, this movie deserves the ruthless criticism of all sane movie goers. It is really hard for anyone to make up their minds on what this movie is about. If it is about friendship and how an ordinary man is unwilling to exploit his older connection with a now superhero, then we should have stayed with his life in the narrative, instead of introducing two hundred clowns to cheer us up when indeed we could have wallowed in pity or admiration of the chief underdog.

If it is indeed about a superstar and him looking for his long lost friend, then we should have stayed with him, his life, and his pangs to find his friend. In fact, when Ashok Kumar, played by Rajinikanth, himself talks about the friend he has been looking for, it seems so fake since we saw nothing of the sort from the actions of the man up until that point.

So, who is this movie trying to convince? Neither is there a focus on being an art film, nor does it have the mindless but inevitable focus on the pyrotechnics of a commercial film, which can be borne as the usual trash. This film is lifeless, artless, colourless, devoid of all sense of purpose and heavily missing in urgency.

It is one abominable drag into the hole, and then we find the hole is filled with more nothings than this movie has managed to stand for. A highly forgettable piece of time wasting garbage. This kind of mockery of the public should be punished with a money back policy.

It could have been so much better

It could have been so much better,if they have taken it like the Malayalam film,only rajnikanth is saving this boring flick,because of the poor comedy from vadivel and others...the director should have used the original script,and should not have added extra comedy scenes...mainly by vadivel and livingston.....santhanam comes up with some good crackers..he doesn't disappoint here...pasupathy has done a great job...but his acting often makes us to remember veyil....meena doesn't look like her family is poor...she has over make up...which is not suiting her character...Arvind Krishna's camera is excellent...G.V.Prakash's music is average.....only 2 numbers are good in his tracks..Climax is touching....Kuselan is one time watchable..