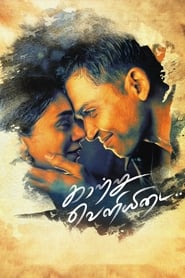 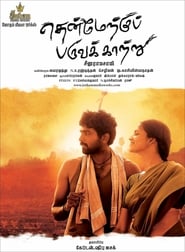 Set during the Kargil War, fighter pilot Varun recalls his romance with Leela while being held prisoner in Pakistan.

Set during the Kargil War, fighter pilot Varun recalls his romance with Leela while being held prisoner in Pakistan.

A character study that almost succeeds!

A Maniratnam movie. A familiar journey that brings joy yet due to his recent inconsistency, an unpredictable one. The benchmark is so high that anything short of exhilarating, full-on cinematic orgasm, it's a failure. We go to movies to judge. We judge them the moment the final credits roll as we make sense of what we feel.

With "Kaatru Veliyidai" (Breezy Expanse), you aren't happy when you come out of the theater. It still feels unfinished. Something left over. The journey is complete for the protagonist but as a viewer, you're still perplexed. That's when it hits you. You don't like the protagonist. You don't like his flaws, his demeanor, his behavior nor his antics.

Mani's hero's have a higher benchmark. Mani's heroine's, stand on an even taller pedestal. So, while as a film maker, you appreciate his latest character study, it fails to bring any kind of sympathy towards the protagonist. Even when he is a war hero, fighter pilot and becomes a prisoner of war. That's a big bummer as a viewer.

The female protagonist on the other side is flawless, evocative and shimmers in the snow. She is like a snowflake, sensitive, quiet but strong. Her only sin is falling for the bad boy. Karthik has the tougher role among the two and he almost succeeds but like Olympics, it's not good. Not even silver. Bronze, maybe. While he emotes the angry young man with ease, he loses completely when he needs to be vulnerable. Perhaps the biggest flaw is when he convinces his lady love on screen to forgive him but he doesn't even scratch the surface with the audience of his innocence or vulnerability. And that's like missing the penalty kick. Nothing else really matters.

Mani has broken new ground by focusing on just two characters for the entire movie. It's an engrossing ride until interval and a slow, drag in the second half. Ravi Varman, as promised, paints a wonderful background to these two characters in white snow and brown desert. Mani's flawed depiction of Raavan comes to haunt his Officer VC. There is no redemptive sparks in him when he acts immature and being a jerk.

Aditi Rao Hydari has arrived. She is spectacular in every shot and her range of emotions and acting craft is a treat. I had to remind myself that she is not Shobana from Dalapathi. "Kaatru Veliyidai" is a wonderful character study. It just feels like a television drama in the second half ending in a whimper than thunderous applause. It misses the goal post and loses but the journey is still interesting in parts.

Apart from the obviously enchanting Ravi Varman visuals and Rahman's soulful soundtrack, the only other saving grace of the movie is the character of a 'Iraivi like' Leela played so effortlessly by Aditi. The way she expressed emotions with tamil language never felt like her debut movie. The borderline character (pun intended) of Karthi and his narration of the movie, and the whole screenplay is unnecessarily less exciting and empty.

Why did Mani Sir make Delhi Ganesan, RJ Balaji, Rukmini and the entire family of Karthi and other characters pointless without any strong connection with the main theme was the puzzle left to be figured out by us is what I felt.

Is it wrong to expect a good film from one of your favorite filmmakers, because I felt really disappointed from a kind of lukewarm effort from Mani Sir after watching the amazing promos. I guess we're recently spoiled from the incredibly amazing films from budding directors coming lately, making us expect more from veterans.

Kaatru Veliyidai worth watching only if you want to know how loving, forgiving and independent some women can be in relationships, despite the narcissistic nature of certain modern men.

I never write reviews and I literally sought this one out. I searched till I could find a place to write a review. I was very excited to watch this movie. Cause it was directed by Mani Ratnam and he is one of my favorite directors. As the movie went on, I realized it's a movie about a misogynistic and sadistic man to whom a relationship is about control. He was displaying typical characteristics of a domestic abuser. He emotionally, physically and mentally humiliated his girl friend. Isolated her, humiliated her parents, left her hanging, insulted her in front of his friends, waved her like a trophy and walked away when he heard that she was pregnant. Yet, when he was caught and freed himself miraculously ", he searched her out and she welcomed him with open arms and heart and gifted him a daughter for all his abuses! Oh, I will be damned!!!

In this movie a man can be what he wants and suffers no consequences other than in the hands of fate.a woman is helpless to even react to a man's tyranny and has to rely on fate to mete it out for her. Once fate has done its "justice", then it's okay for the woman to cry like a child, welcome him back like a hero and push her child on to him calling the child the man's responsibility!!

I was aghast, and I went in search of the reviews. Believe it or not, it was not until then I realized how messed up this situation was. There were people who raved about and there were people who found it disgusting, but there was none who found this abuse appalling. There was none that called it out for what it was - domestic abuse! Is it that OK in the culture for a woman to be that oppressed? A woman just complains and does nothing about it. Then, turns and runs into his arms?? Am I really a part of that culture? Wow! This was a shock for me on so many levels!!!

***Disclaimer*** ***This is my personal opinion, not to hurt anybody, if it has done so in even a single instance on anybody, please accept my Sincere Apologies***

Love is in the air, just breathe it to your heart,mind,body and soul. This is the plot I felt as.An Indian fighter pilot(vc - karthi) and a civilian doctor(dl - aditi)falls hmm rather flies high above in Love. Vc is bit arrogant n self loving on the other dl is very caring n comfort seeking. Starts with vc getting caught as a pow by Paks officer's. Then vc in prison narrates/runs through his past life n his Love with dl. Scenes of first meet,love,anger and love and sorrrry takes us thru a Love coaster. During narration vc plans an escape plot runs to Afghan border then Indian embassy takes charge of him from Afghan officials with AirForce rituals & honours him, put him back on where he belongs. Then the Climax in Mani Sir's style winds up the furious yet breezy ride... ***** +++ve ***** -The Direction/Screenplay are stunning -Visuals are breathe taking, Master class DOP -BGM at its Himalayan peak, gets us to the mood in a blink -Choreo is worth a big applause - non cinematic at many places -The suttle humour, vc's humour on Serious takes are dayuuum -I think I don't remember any Airforce related movie with so much detailing into it in terms of getting us where we have to be -How many times does this man-Mani sir - takes movie of Romance genre??? My God he is really a God of Romance. I've never felt even in a single instance that a scene neither a feel has been experienced earlier, sooo much is the narration of this Man.

Climax- I think we need to be more citure(cinema Mature) enough to understand this Movie. All you gotta do it not to Watch this rather Breathe this Movie.

Its worth a million tons of anything...