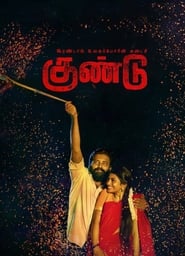 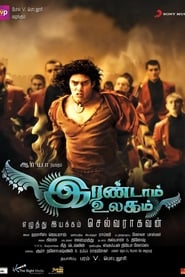 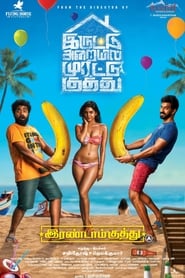 A lorry driver ends up in possession of an unexploded bomb that is being sought after by both the cops and pro-peace activists.

A lorry driver ends up in possession of an unexploded bomb that is being sought after by both the cops and pro-peace activists.

Stories of several lives intertwine in an unexpected manner. The film critics the manufactures of war equipments(watch Shlinder's list if you have time), they have their own incentives. If you like to think about a few things before 2020, the movie is for you. Very rarely a movie makes you to think. This is one of them.

World politics delt at the most genuine way

A technically sound film which deals from local politics to world politics in a most genuine way. To be noted Tenma the music composer has done a great job, that's the backbone of the film. My salute to the producer Pa. Ranjith for predicting the potential of Adhiyan Athirai and such a delicate subject. We welcome such kind of movies in the future. A must watch. The credits dialogue says the film "ayudhatha Epomey kaila edukadha di".

One of classic movie

Such wonderful movie in Tamil cinema. Mainly Spock about daily wages worker and his life. Also how them chit from his boss. The one word of this movie it's speck about worker rights and humanity.

An unexploded bomb from second world war washes ashore near the coast of Mahabalipuram, a historic town in Tamil Nadu. If it detonates, it could cause widespread destruction wiping out everything in a large radius. It slips through the hands of cops who seize it initially and begins a perilous journey from one scrapyard to another where it is seen as just another piece of rusting metal. Meanwhile, the cops and their masters are desperate to retrieve it as its discovery could open a can of worms that they seek to conceal.

Our protagonist Selvam (Dinesh), a truck driver, is unwittingly assigned the task of transporting the bomb along with a load of sundry metal scrap. Selvam has a running feud with the owner of the scrapyard for insulting him as well as his general attitude towards the workers of the yard. He is secretly working on his ambition to own a truck through his savings and quit the job in the scrapyard. Selvam is also in love with Chitra (Anandhi), a trained teacher from his village. However, her family which is steeped in patriarchy is vehemently opposed to their marriage as they are unwilling to accept a match from a lower class. She escapes her family and joins Selvam mid-way through his trip when he is transporting the cargo from Chennai to Pondicherry. Meanwhile, Tanya (Riythvika, in an impressive cameo), an activist cum investigative journalist is struggling to unearth the truth behind the bomb. The rest of the narrative sees the journey of the bomb with Selvam and their path crisscrossing with Chitra, Chitra's family as well as the cops and Tanya who are chasing the bomb for their own respective reasons.

Debutante director Athiran Athirai has cooked up a raw, genre-jumping recipe that blends elements of a tense thriller, road movie, love story, message movie on class/caste struggle garnished with a generous helping of humour. While some of the elements might feel generic and formulaic, it is to the credit of the director that and the sincerity he infuses into the project that most of the elements work to deliver the desired effect.

Dinesh fits the role of the truck driver Selvam effortlessly and handles the whole range of emotions convincingly. Anandhi provides an ideal foil and turns in a neat performance in the role of Chitra, which resonates quite a bit with her role in Pariyerum Perumal. Muneeshkanth is in fine form and spot on with his comic timing in the role of Puncture. Debutante composer Tenma has turned out a stand-out score and an earthy soundtrack which adds to the allure of the movie.

Through his production house - Neelam Productions, Director Pa Ranjith is on a mission to support movies that extol the plight of those at the bottom of the caste/class pyramid. Last year, he had introduced Mari Selvaraj who made a stellar directorial debut through Pariyerum Perumal - the best Tamil movie of 2018. Continuing on his mission, Pa Ranjith acquits himself as a producer who has a keen eye for the craft and has picked another exceptional talent to watch for in Athiyan Athirai.

Athiyan has the rare skill to beautifully blend the multiple ingredients of his narrative recipe without losing focus on the fate of the bomb and those around it. He keeps the tension real and combines it effectively with regular doses of humour as well as the underlying message of all humans being the same irrespective of our apparent differences and how all of us are equally vulnerable when confronted with certain challenges. The fact that the ideology and message delivered through his characters come across as neither preachy nor phony is testimony to his skills in crafting a sincere narrative populated with characters that we could relate to.

While it may not be as hard-hitting as Pariyerum Perumal in its tonality, IUKG is equally effective in its layered narrative with a rich subtext of socio-economic commentary through multiple metaphors including the use of the scrapyard as a backdrop, the bomb washing ashore along the coast of a historic town, the use of colours, the manifestation of the bomb itself which heralds the repetition of history which sees the odds steeped against the oppressed.