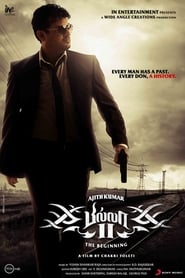 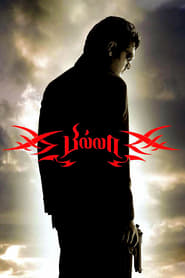 David Billa a refugee comes to Rameswaram in Tamil Nadu and his journey begins into crime. Initially he starts as a local diamond smuggler. He eventually meets Abbasi, an underworld don in Goa and helps him out in a deal and wins his favor. For one of Abbasi's deals Billa goes to Georgia where he meets a ruthless international don Demitri. They get acquainted that creates a rift between Abbasi and Billa. A challenge is thrown by Billa to Abbasi and he starts building his own empire, which eventually results in Billa crossing swords with Demitri himself. The bloody battle begins in Goa and ends in Georgia. Written by Karthik

David Billa a refugee comes to Rameswaram in Tamil Nadu and his journey begins into crime. Initially he starts as a local diamond smuggler. He eventually meets Abbasi, an underworld don in Goa and helps him out in a deal and wins his favor. For one of Abbasi's deals Billa goes to Georgia where he meets a ruthless international don Demitri. They get acquainted that creates a rift between Abbasi and Billa. A challenge is thrown by Billa to Abbasi and he starts building his own empire, which eventually results in Billa crossing swords with Demitri himself. The bloody battle begins in Goa and ends in Georgia. Written by Karthik

Disappointing for fans who waited

Screenplay and Direction real bad, we can see movie only for Ajith dialogues, good camera work done but we cannot identify what red epic camera doing in movie. Worst characterization for two kinda heroins and villains. I real like David Billa friend Ranjith character is real done better job. First half and hour was good.I think director don't what to do in middle of movie real disappointed with director guy he missed out huge opportunity Vishnuvardhan may be better than chakri toleti. Billa 2 got hype, We fans aspect huge hit a mass movie from Thala Ajith bocz many vijay fans turn as Ajith fans by Movie Mangatha.If Billa 2 got massive hit then Ajith might got huge fan following but we missed out !!! Review by true Ajith fan !!!

Purely made for Ajith fans

Among huge expectations pouring from every corners, Billa 2 finally made its appearance in the screens today. Chakri Toleti, 'Unnai Pol oruvan' fame, has boldly attempted in making a movie with Thala. The movie revolves around David Billa, a refugee from Sri Lanka, transforming into a gangster. Parvathy and Bruna, share the lead heroine role but fails to accomplish their part. But,Vidyuth does his part well, being stylish and a perfect villain across the seas.

Ajith literally steals the show. He appears to be a stylish Don. The dialogues by Era Murugan and Mohamed Zafar seems to be punchy and meaningful. Editing by Suresh could've been better. Music by Yuvan is pretty ordinary but keeps us engaged with the movie. Excellent Cinematography by Rajasekhar, he has made the film look stylish with his technical equipments. Slow Screenplay as resulted in many flaws in the movie.

Its Susprising that a gangster donating one crore to CM, with media covering the whole scene. Loopholes like these could have been avoided. Its so disappointing with the gangster song being placed with end credits. Belly dance sequence is unnecessary and lags the movie.

Stunt shows were promising and the helicopter sequence, even though pretty old, yet it is a big treat for ajith fans !! Overall, Chakri Toleti failed to fulfill the humongous expectations. But, thala fans would enjoy this adult rated movie.

A Random Juggling of Suits , Bullets and Blood

What's It About ! A Srilankan Refugee with the thirst to be more and to be better , moves up the ladder to become one of the most feared Dons by eliminating all those who he thinks, are his enemies. Actually he moves up ,pretty darn slow !!! Analysis : When they re-made the yesteryear Billa , there was so much expectations around it and it did deliver what was expected and acquired a cult status . Now we have Billa-2, supposedly the first Prequel in Indian Cinema - a movie about the Don's history . Chakri Toleti , given such a huge opportunity has miserably failed to deliver a worthy prequel . Billa wants to be a DON and he becomes one is the storyline . But how did he come to the level , should have been dealt with much care , rather than a dumb screenplay and nothing but murder all over . Be it the hero or the villains , there is no proper characterization . Everyone just comes , walks around and dies . Though the first half is manageable , the second half is a total disaster . There is not a single scene in the movie that will make you wanna see again .It is difficult to sustain interest as the pace is going no-where expect to the floors . The Dialogues is the only positive thing about the movie . After providing such huge hits with his previous films , Yuvan is seriously disappointing . This is definitely not the kind of music for Billa-2 , especially after what he provided for Mankatha and Billa-1 . Even a good actor , with looks and talent , will need a good screenplay and a powerful music , to satisfy - if not the gen pop , at least his fans . The movie has nothing to invite the audience for the second time . And seriously why are there only items numbers in the movie ?? Probably that is a strategy to bring in repeated audience . Butbelieve me , it is not going to work . Performances : Performance ?? – Where and who ??? is what you will think about when you actually see the movie . Mankatha had great scope for Ajith and he did the negative role with so much finesse and it was hugely appreciated . But this movie gives him nothing . Walking around with blood and arock hard face isn't good enough . Almost all the characters in the movie has nothing to express . They just move their jaws to utter the dialogs , and that's all there is and nothing more . There are a few scenes which are made to be get huge response from the crowd , but are just frivolous . (Especially the scene where he saves Parvathy and the climax helicopter sequence) . Well the Ladies !! Bruna Abdulla is just bad.. There s nothing good about her . Parvathy Omanakuttan , despite her looks ,fails to provide an impression . Villain Abbassi is OK but Dimitriv is hilarious!!! Bottom-Line : Billa 2 is naive and boring . Ajith and great cinematography alone cannot run a show . Music , screenplay & direction are just terribly bad . Wont even satisfy Ajith fans . Billa 2 the beginning – Probably the End for Chakri Toleti . Rating : 1.5/5 (for the dialogs and camera work) .

Billa 2 had a huge expectation, was talk of TAMIL NADU, Released in Record Number of Theaters - To sum it up, 15000 online tickets were sold out in Mayajaal within half a day of the start of the booking, (82 shows)..

Here goes the Review of Person who is neither a fan of Ajith or Vijay or any Actor in the world..

Movie Starts with Ajith first and the best Punch dialogue which you must have seen in Trailer..Fight Scene after that JUSTIFIES the reason for Movie's "A'' Certificate...Lots of VIOLENCE in the Movie..Not for People who hates Violence..

Ajith -- One Man Army..He is a man who doesn't have RASIGAR MANDRAM but has FANS much more than anyone else in the WORLD in the present generation..

People feel Proud to say that they are AJITH Fan..They don't bother about STORY of the Movie, whether it is a HIT or FLOP, they just blindly follow and love him to the Core..It is enough for them if they watch his face in Theater Screen..

Ajith has done a wonderful job in the Movie..Sadly, he is the only one who has done his job well in Billa 2 Team itself other than the lyrics writer..

Just imagine the WHISTLES and SOUNDS , Ajith fans must have given for these dialogues...

But, if you are not a AJITH Fan, you may feel bored as most of the dialogues spoken by the actor are PUNCH DIALOGUES..

Definitely, Ajith's STYLE and COSTUMES were better in BILLA...

Heroines - Parvathy and Bruna doesn't even have scenes as much as Nayanthara and Namitha in Billa..Parvathy - doesn't fit the role and was wasted..Bruna has provided the OOMPH Factor in the movie similar to Nayanthara..

Yuvan Back Ground Music -- He had great opportunity to give an EXCELLENT Background Music but he has not satisfied his fans..Naan E Background Music was the major reason for Success of that Movie..Seems NAAN EE will Reincarnates again Next WEEK in Tamil Nadu...

Chakri Toleti --NO WORDS.. You will be praising Vishnu Vardhan like anything after watching this Movie..Venkat Prabhu used Ajith effectively in MANKATHA..

Idhayam Song was not there in the Movie..

Gangster Song, which was highly popular was totally wasted...It comes as a BLOOPER in the end..BLOOPER too was also just average and not as good as MANKATHA's bloopers.

Not as Bad as Alwar, Asal & Not as good as Mankatha or Billa..