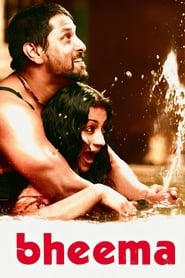 Shekar is an ardent admirer of Chinna who runs an underworld gang. Once paired up, the two of them single-handedly take on the streets of Chennai. But Shekar falls in love and wants to be reformed.

Shekar is an ardent admirer of Chinna who runs an underworld gang. Once paired up, the two of them single-handedly take on the streets of Chennai. But Shekar falls in love and wants to be reformed.

i have seen about 500 odd films in English and other languages,but this film stayed in my mind longer than any film . i just couldn't forget it. The hero Vikram .... wow! This guy is the best out there in Indian cinema....and i mean it. i am a die hard fan of johnny depp and al pacino, for a moment i was confused in choosing who was my favorite actor, this guy can really act!

The director needs a special mention here, the entire film has a Hollywood kind of a feel to it.

This definitely has to be my favorite film in Indian cinema and surely in my top 5 films of all time.

its high on style but low on substance vikrams performance is the only good thing in the film the action scenes are done well but there's no story . it borrows from a lot of films there's a bit of nayakan thalapathy and a bit of a few other films the songs were not called for they don't make the film realistic. it was a very average experience.Songs should be cut out from any film . they are for noly the stereotype Indian audiences

Your End is decided, when you choose your way of life

Another Gangster movie which came close to being good

They have put lot of good effort and they have struggled more than (they did for Titanic) to get this movie released with all the financial crisis piled over the past three years...

I should admit that the Climax wax very good, real good..but not entirely unique or different...we have seen this kind of Endings in lot of Gangster movies. For Example Company in Hindi and lot other movies in English... If Lingusamy had decided to give such a serious closing, then he should have given the same treatment from the beginning of the movie....Till the first 2 hours, Bheema is your usual Tamil-Gangster-masala-musical movie...In fact if you see the last half-hour of the movie you can have the full feel and sense of the movie because the 2 hours before that has nothing special....

Vikram with BGM will be walking all over chennai and shooting his targets without even seeing him..and flex his muscle throwing everyone over the roof...but I should admit that the fight before the Interval was good...in fact all the fights are decent enough for tamil movie...

But I really expected a gangster movie with great substance with lot great dialogues and Intelligent Plote(like Puthupettai) but hmhmh...Except for the climax, nothing special to mention

Those who live by the sword, die by the sword', goes the caption at the end of 'Bheema'. It is nothing new; for, we have seen both the caption, and the saga of the gangster and his favorite henchman, in innumerable films earlier. It's again a sense of déjà vu for a viewer here. The film does begin promisingly, and manages to keep viewer's attention engaged for the earlier part. However, as the narration proceeds, the scenes turn repetitive, and the script takes a downslide from which it never recovers. Chinna is a thug, whose men are on a killing spree. But who his victims are, and what really is their crime, is a confused scenario. With Chinna's rival being Periyavar (Raghuvaran), a wobbly aging gangster who could barely speak coherently, there is not much of an intimidating opposition for Chinna. It's a further lost cause for Periyavar, with the entry of the gutsy, one-man-army Shekhar into Chinna's fold. Shekhar had admired Chinna's ways and attitude since childhood and had joined his gang. The police enter the picture in order to end the gang war. But with no proper strategy, it's confusion confounded. Some of the fights are well choreographed, while others are those gravity and bullet- defying ones.eaved into this is the love story between Shekar and Shalini (Trisha), and of Chinna's secret love (Lakshmi Gopalasami). It's an ornamental role for Trisha, though there is a futile attempt to thrust her character towards the climax. Songs and dance numbers pop up at inopportune moments causing a lag. . The finale is a weakly etched one, which neither touches a chord, nor evokes any sympathy.

Prakashraj plays Chinna with flair and panache. Thalaivasal Vjay makes his mark as his loyal man. Nevertheless, the saving grace of the film is Vikram. Looking handsome, using his body language to good effect, Vikram plays Shekhar with total involvement and sincerity. The actor is consistently good, even when the script lets him down.

Lingusamy had made well packaged, engrossing, action-packed entertainers like 'Run' and 'Sandakozhi'. 'Bheema' seems to be the weakest of his scripts. It's a film strictly for Vikram's fans.