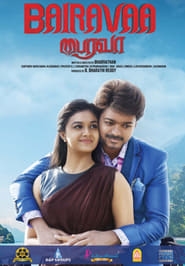 It is an action-thriller, which revolves around an ordinary man who takes up his girlfriend's fight for the justice against unscrupulous, depraved man who had created a Multi Million Dollar business by deceiving ambitious Medical students and their parents. Written by Ajith Richard

It is an action-thriller, which revolves around an ordinary man who takes up his girlfriend's fight for the justice against unscrupulous, depraved man who had created a Multi Million Dollar business by deceiving ambitious Medical students and their parents. Written by Ajith Richard

NO SPOILERS.............. its about a common man who decides to stand with his lover against a big shot for a murder and running a medical college with no basic facilities. no comedy scenes in second half but those in first half were good. plot twists were spotted in very few places but were somewhat good, especially proposal,income tax ride, petrol bunk murder attempt, escape sequence in climax were good. But the rest, hrrrrrrr....! overacted scenes just made it even worse. and vijay kept changing his tone and pitch all over the film that was a bit irritating. continuity between successive scenes are missing. Simply, they wasted a good story! 4/10

Bairavaa has all the ingredients to become a huge hit only if it had released a decade earlier.But now it became overly outdated.

Plot: Bairavaa (Vijay) meets Malarvizhi (Keerthy Suresh), a medical college student, at a wedding and falls in love.When Bairavaa realizes that Malarvizhi is embroiled in a bitter legal battle with the corrupt chairman of her medical college, he promptly becomes her knight in shining armor.He accompanies her to her hometown in Tirunelveli to meet real estate tycoon Periyakannu (Jagapati Babu), who is the town's biggest bully.Periyakannu owns most of the business establishments and educational institutions in Tirunelveli. He and his accomplice Kottaiveeran (Daniel Balaji) rule the town with an iron hand.His medical college is a sham with no facilities and Malarvizhi and her friends, who have paid a lot of money for their seats, are fighting for their rights. The flashback shows the rape and death of Malarvizhi's friend Vaishali (Aparna Vinod), another student, who has sold her home to get a seat in the college.So how does Bairavaa save Malar and fight against PK forms the rest of the story?

1)Flashback: A decent flashback is the only saving grace of Bairavaa.Though it has regular scenes,the setup in medical college and the problems faced by medical students in private colleges with no facilities are showcased well enough.

2)Varlaam Vaarlam Vaa Bairavaa track: Though it has bit Kaththi theme touch to it,still it felt good during fight sequences.But they overused in almost every fight scene which felt so repetitive.

The director attempts to highlight corruption in medical colleges and the plight of students, who have no assurances even after shelling out huge sums of money for a seat. But the plot is lost in the director's over enthusiasm to portray Vijay as an all-powerful Messiah.

Bairavaa has typical outdated screenplay which tests our patience.The fun part is that they have used scenes even from the decade earlier movies like Sye,Mudhalvan,Temper,Dabangg etc.

Even fights have no freshness in it.In few fights,they have used Thuppaki and Sarrainodu bits.

So,Bairavaa has all the ingredients to become a huge hit only if it had released a decade earlier.But now it became overly outdated.

A mostly predictable screenplay saved only by Vijay

The whole story revolves around Vijay, his screen presence is the biggest plus. The action sequences, emotional performances, romantic part and being funny he carries the entire movie on his shoulders. The only sideline would be his voice modulation at some places might seem artificial.

Keerthi Suresh as the lead pair has done her role to the perfection. She doesn't have much screen presence but has utilized her time span well. As a homely Nelai girl she excels in look as well as acting. The comedy track by Rajender and Sathish were peppered here and there. But one might feel few scenes should have been trimmed. Jagapathi Babu, Thambi Ramaiah and Daniel Balaji have put their experience into action, which worked well.

Though cast has done well, the screenplay falls flat. The first half was engaging with good scenes here and there to keep the audience engaged. But the second half falls flat. The one bold step by the director was to keep Vijay away from the much predictable flashback, which is a rarity in Vijay's film. If you go to a masala entertainer you should be ready to accept logical loop holes. The same happens here, especially in the second half the movie becomes predictable and finishes with less excitement.

The savior would be the interval block fight scene, pre climax fight scene and few others. Vijay has energized the action scenes and his fans will go crazy. The cricket fight bring in Whistles for sure.