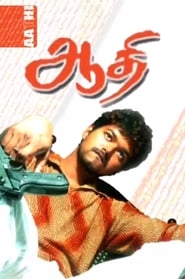 A man, with the aim of killing the person responsible for his family's murder, finds a girl with the similar history, and they both unite for the common aim.

A man, with the aim of killing the person responsible for his family's murder, finds a girl with the similar history, and they both unite for the common aim.

Good if you're a die-hard Vijay fan

What can I say about this movie? I've read that this movie was one of the biggest flops in Vijay's career. The movie starts out with Trisha looking like angel holding a dove and the scene ends with Trisha knifing some guy. Why? You'll find out later in the movie. This movie has A lot of violence and I wouldn't recommend it for those of you who don't like violence. The directors defense when asked why all the violence is because it's a Telegu remake on a movie with a different name. Some of the killing scenes were unrealistic or VERY HARD to do. After some killing you'll find out Trisha's and Vijay's motives for killing these people, and I believe I heard a similar story like this before. Scenes were Vijay SHOULD HAVE DIED never happened, almost as if he's some sort of immortal God. That's another one of the many weakpoints this movie has to offer. This film also tries to tie in a love story to this mess but I personally don't think it worked out. The musical score was not bad, but there weren't any memorable songs. BUT if you're a big Vijay fan, you might enjoy the film as it wasn't one of the worst films of existence, but one of Vijay's worst films. The one thing I liked about this movie were the surprises. Things that I expected would happen didn't and thats what I liked about this movie. The fighting scenes were as always in Indian movies unrealistic, but still satisfying. In other words it's a good action film. Howeveer, we all know he is capable of better movies than this!

Vijay's movies are always entertaining and so is his movie Aathi- wonderful direction, good music,thunderous action scenes,and a couple of emotional scenes make this movie a nice entertainer,even when it is a remake.

Vijay's performance is fantastic. His hairstyle is really stylish and attractive. He is excellent in dances,fights,dialogue delivery and in everything he has in his part. Others like Prakash Raj and the villain were also brilliant in their respective. Nassar was also good. Vivek entertained throughout the movie. Although he seems to copy the Rajni Style,audiences are likely to appreciate it. Ramana has made a nice family entertainer where everything works well.

On the whole,Aathi is a movie that is a perfect entertainer and is likely to entertain everyone. Go for it whether you are a Vijay fan or not. Must watch!

This is an action film!!

When I rented Aathi, I rented an action film. An action film is what I got. It has a nice romance with Trisha and warm family moments. The flashbacks are especially touching. But the core of the film is action and it achieves that by leaps and bounds. Many films are based on drama and revenge, but Aathi has been done in a style that makes it stand out for the original approach it takes to get there. Vijay is a gem in this film. He is especially great in his scenes with his family. I was pleasantly surprised by his performance during unexpected moments that take place, just when you think you have it completely figured out. Trisha was wonderful. I like the idea of a woman in an action role. She doesn't just cry to the hero and have him do all her work for her. Trisha takes a very active role in the film, without becoming too cold or hardened. Vivek is very funny. He's funny all the time, but these are some of his most comical scenes yet. The stunts in the movie are great. The stunts in an action film are supposed to be bold. The events we see in these films have very little, if no, chance of happening in real life without great consequence. That is why we have action films for that flight of fantasy. The songs in the movie were delightful and touching. I enjoyed the songs in the film immensely. The dance sequences that accompany them are first rate. I loved this movie. It was what I expected, plus also some very pleasant surprises too. It is definitely worth seeing to judge for yourself.

Aadhi - entertaining, but not wholly

I am not a die-hard fan of Vijay; but I do have enjoyed some of his movies like Kaavalan, Pokkiri and Nanban. But, I was pretty sure that this movie must have been good for the die-hards as Vijay was simply sparkling in this role. At times, you get the impression of over-acting, but you tend to realize that this is one of the few movies where Vijay exhibits that he is capable of emoting at a level par to Suriya and Vikram. The scene where he challenges the villain at his home is homage to that.

The movie's premise is simple: Anjali (Trisha) is a college student who is shown enjoying a pleasant time and portrayed as a sweetheart. When a man (Devan) comes and talks to her, she suddenly stabs him before he is shot dead by her uncle (Nasser). This opening scene sets the tone of the movie and prepares us for some interesting watch. Anjali studies in the same college as Aadhi (Vijay) a happy young guy who lives with his foster parents (Manivannan and Seetha) and his foster sister.Anjali is trying to wipe out RDX (Sai Kumar) and his gang who were responsible for the mass murder of Anjali's parents and extended family of which only she and her uncle were the survivors. What she doesn't know is that Aadhi is her cousin and also a survivor of the murder. And he is on his own vendetta to wipe out RDX. What follows is a riveting tale of revenge.

While the story is slightly predictable, some twists are pretty appreciable. Ultimately, the movie is just an entertainer. Go for it, if you don't hate Vijay and you might find a movie more enjoyable than recent hits such as Kanthasaamy, Venghai or Billa 2..